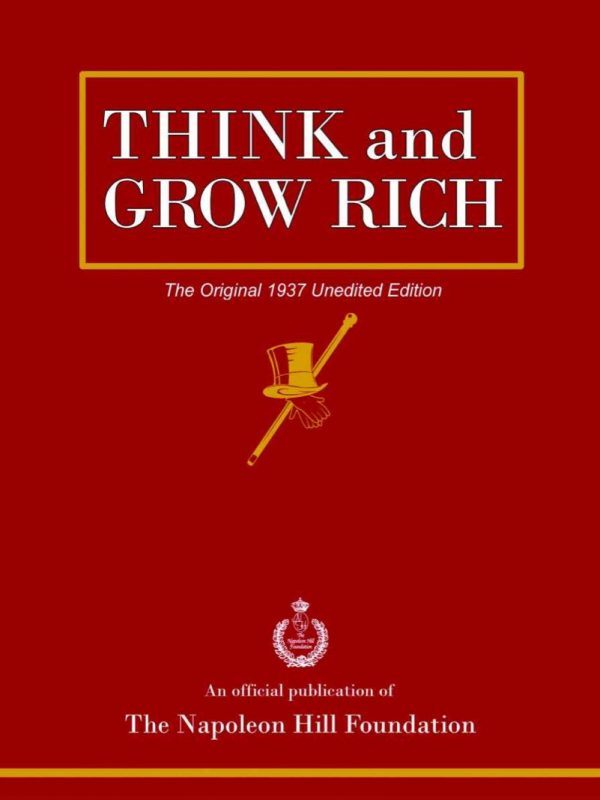 The most powerful parts of this original edition have been editted or completely ommited from the latest version.

Many of the most successful people in America attribute their success to discovering the the original edition of this book. Self-help books of today find their roots in Think and Grow Rich as well.

The version of this powerful book that you are about to discover is no longer in print and you will not find in any online book stores.

Think and Grow Rich is a must read, especially for every high school aged child but every man and woman should read at least 5 times.

Think and Grow Rich has been called the “Granddaddy of All Motivational Literature.” It was the first book to boldly ask, “What makes a winner?” The man who asked and listened for the answer, Napoleon Hill, is now counted in the top ranks of the world’s winners himself.

The most famous of all teachers of success spent “a fortune and the better part of a lifetime of effort” to produce the “Law of Success” philosophy that forms the basis of his books and that is so powerfully summarized in this one.

In the Think and Grow Rich original unrevised version, published in 1937, Hill draws on stories of Andrew Carnegie, Thomas Edison, Henry Ford, and other millionaires of his generation to illustrate his principles. In the updated version, Arthur R. Pell, Ph.D., a nationally known author, lecturer, and consultant in human resources management and an expert in applying Hill’s thought, deftly interweaves anecdotes of how contemporary millionaires and billionaires, such as Bill Gates, Mary Kay Ash, Dave Thomas, and Sir John Templeton, achieved their wealth. Outmoded or arcane terminology and examples are faithfully refreshed to preclude any stumbling blocks to a new generation of readers.

There are no reviews yet.